With the end of the Marathon season coming soon and the beginning of the Spring series around the corner. I thought now would be a good time to catch everyone up on everything that’s been going on since our last meeting. First off I’d like to say thank you to all of the people I’ve talked to via phone, email, text, IM and in person over the last couple months. Your thoughts, views and wisdom are really appreciated. Scott’s shiny sneakers are hard to fill !

Over the past two months or so I’ve reached out to some people in the TMBRA community to help fill some volunteer positions that will help TMBRA run smooth and take some pressure off all of us.

Willy has volunteered to be our new webmaster. He has been busy working with Lisa and Tobin to fix the problems with our website. He has updated the site, fixed some behind the scenes problems and soon will change the look from the 90’s to the 20’s . Soon we will be adding some new pages to the site. A page with our current State Champions and a TMBRA Hall of Fame will be added eventually. We are keeping the forums in place. All board members still have access to the website to get your race information on the site. Willy is there keep things up, fix problems and help the “computer disadvantaged ” like myself.

Steve has volunteered to be our Pay Dirt Coordinator. He will receive racers pay dirt forms, keep track of everyone’s hours and send the information to Jeff Lucido . Jeff will add the pay dirt points to racers overall points. I suspect Steve will be a busy man towards the end of the spring. Willy, please make the necessary corrections to reflect Steve as the Pay Dirt Coordinator on the Pay Dirt Forms.

I made an announcement asking for people to email me if they were interested in being a Rider Rep. I waited about a month and did not receive any email responses. I then reached out to Wade Greathouse and Debbie Randall. Both agreed to step in as Rider Reps. They are both active in the TMBRA community, have been around for quite some time, are approachable and friendly. I feel both will be able to represent our ridership well. In my announcement I said we would take applications until Feb. 7th. We will stick to that, but Debbie and Wade have my vote of confidence.

The marathon series is coming to an end on Jan. 29th at Comfort. A big thank you to Lisa for once again sponsoring the series and hosting the second race. Jeff Lucido is handling overall awards and has set up a store with Jackroo for State Champion Jerseys. Due to supply chain issues, I was unable to get T-Shirts made. I contacted Kyle Davenport and he agreed to produce artwork for a 5 inch sticker to give out to the top five overall finishers. Kyle is doing this for us free of charge. Thanks Kyle!

The start of the spring series is almost here! Cycle Progression has stepped up to be the series sponsor. Alex from Cycle Progression has agreed to pay for the series water bottles and overall awards. The process for the bottles is in motion and Alex is ordering them using his shop through Specialized. They will be blue with orange tops. Attached is a logo that will be on the bottles. Please use this logo in advertising for your race. This logo will also appear on the podium banner and on the back of the top 10 t-shirts that Scott McDermott will design for us. Paul Uhl and I have been working hard to get things ready for the first race at Rocky Hill on Feb 20th. Paul has been busy building new trail. We now have a 8+ mile loop for the race with plans to add milage in the near future. Registration will be open early next week. I’ve attached the flyer for the race. Feel free to lift any graphics from the flyer to add to yours. At the end of march we will start the process of top ten T-shirts and set up State Champion Jerseys. Dan Pawlick will be designing the jerseys for the Spring and Marathon series and will be able to provide us with a couple options to choose from. He is doing this free of charge, if your interested in what his work looks like, he did all the artwork for the Rocky Hill Roundup this year. Thanks Dan!

Jeff Lucido has been busy setting up number plates ( among other things) for the new year. I believe they will be ready to go live tomorrow. I plan to coordinate with Jeff and announce Cycle Progression as the series sponsor, where to get and pay for number plates and plug Rocky Hill as the first race of the series. Jeff will handle overall points for the series this spring. Please give your results to Jeff and USAC by the following Friday after your race. Our racers deserve quick accurate results and points tabulation.

Once again I want to thank everyone involved with making TMBRA work. There are a lot of pieces to create our series and a lot of people who put in time to make things work. I know our community appreciates it. 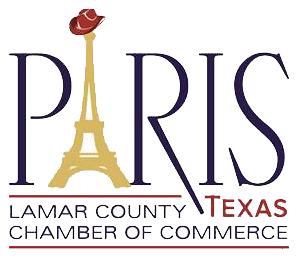 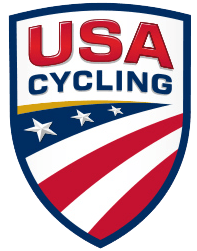